Lovisa was born in Stockholm in 1993 to a Brazilian mother and a Swedish father. In 2004 the family relocated to Skåne (Scania), Sweden’s southernmost region. It was there that Lovisa discovered her passion for music. She sang in choirs, played in recorder ensembles, and began writing songs in the course of her very first year in Skåne. In 2012 Lovisa was admitted to Malmö Academy of Music where she enrolled in the bachelor program for Early Music, majoring in the recorder. Lovisa has studied with Cecilia Kjelldén in Malmö and with Pedro Sousa Silva in Porto, Portugal, where she did her exchange studies in the fall of 2014. Immediately following graduation in 2015 she was accepted to the Arrangement and Composition program, also at Malmö Academy of Music, where she studied under Håkan Andersson, Rolf Martinsson and Björn-Tryggve Johansson. Lovisa graduated in June of 2018 after collaborating with Jönköpings Sinfonietta, Svenska Saxofonkvartetten Rollin’ Phones, Cappella Lundensis, and Malmö Sinfonietta.

Lovisa sings and plays the recorder in Bossa Continua, her duo with guitarist Robin Jämtgård, mixing early music with classic Brazilian bossa nova. In August of 2018 she was invited to participate as composer-in-residence at Glimåkra Blockflöjtsdagar (Glimåkra Recorder Workshop), and in the summer of 2019 she takes part in yet another residency, this time at Lövstabruk Kammarmusikfestival (Lövstabruk Chamber Music Festival). In December Lovisa is expected to premiere in the US. 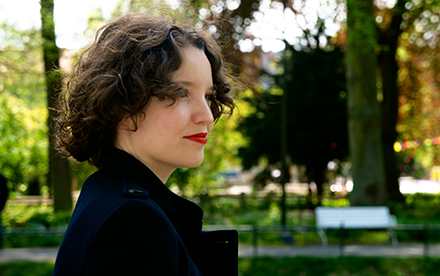 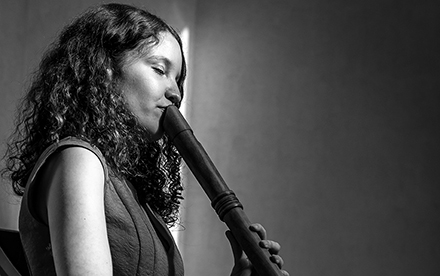 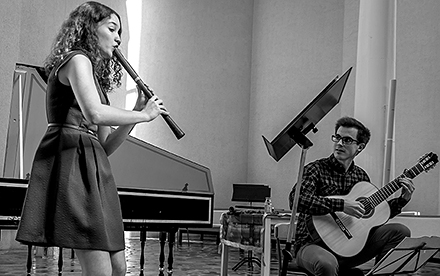 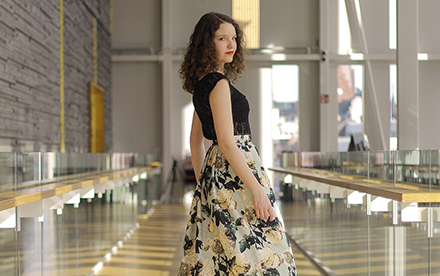 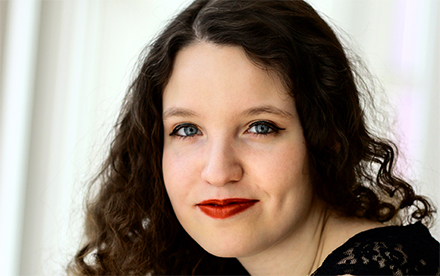 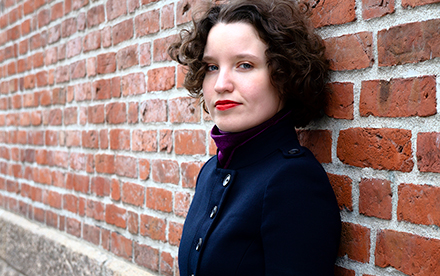 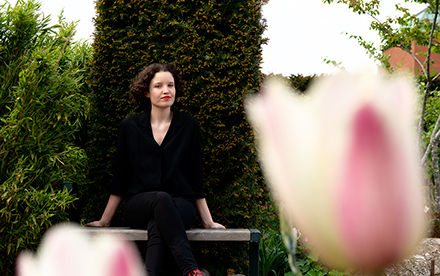 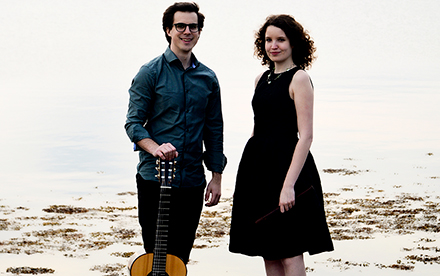 Your integrity is important to us, and while we do not collect or store your personal data, third parties such as YouTube and Soundcloud might.